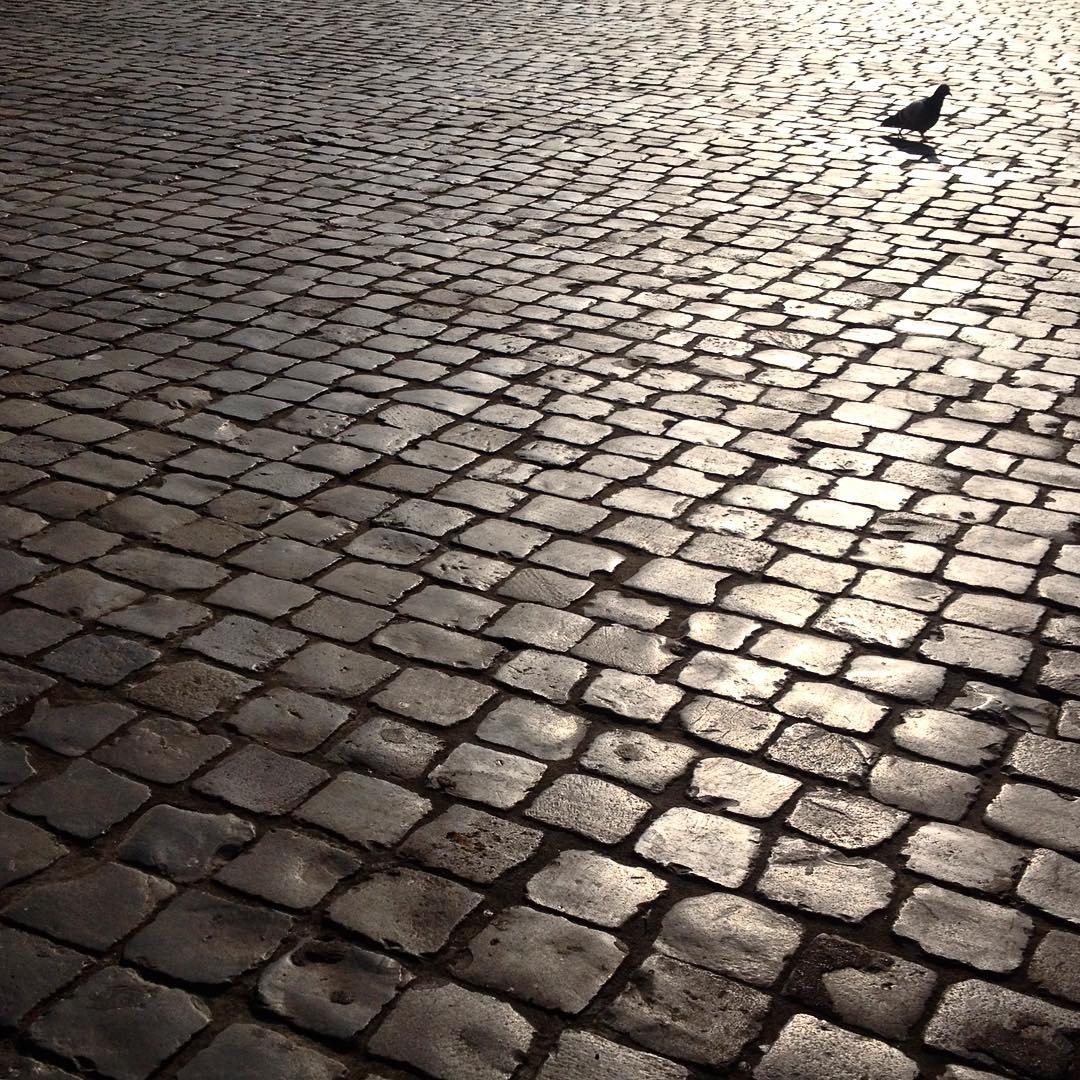 The uneven charm of Rome’s cobblestones

Visitors to Rome soon notice how many of its streets and alleyways are paved with cobblestones. They’re very much part of the fabric of the historic heart of the city. But while the tourists may admire them, many Romans are far from keen.

A local newspaper recently put it like this: “Only the tourists and the angels love the cobblestones unconditionally. The rest of us, those who have the stones under our feet or under our wheels every day, detest them, or fear them… or admire them from a distance.”

I can see all the problems. The alleyway where I live is wall-to-wall with cobblestones.

I have watched many a young mum struggling to get a pram along it – their child’s head juddering with every bump.

And the stones are smooth. They can be slippery in the rain – treacherous if you are on a scooter. When it snowed last year, each small, square cobble was like an ice cube.

And they are noisy. Car wheels make a drumming, roaring sound on cobblestones that adds to the clamour of the city.

The bumps batter and rattle the buses as they surf the sea of cobbles on the grand piazzas.

So the council is gradually working to remove the stones from the busier stretches of road – laying tarmac to ease and speed the traffic.

I am on the side of the angels – I like the cobbles. They have got character.

There is just so much more to them than the alternative – the smooth black blandness of asphalt.

In a way, Rome’s cobbles have risen from the depths of the earth. They are made of the volcanic rock that welled up in the hills behind the city.

And each stone is very slightly different – each has taken different blows from a chisel as it was knocked into shape.

And of course cobblestones have about them the air and feel of history – they are just the right kind of surface to connect ancient churches with famous fountains, and palaces, and piazzas.

As Roberto Giacobbi put it, the cobbles are part of the pride of Rome.

He is a big man in his 50s with grey hair and dusty boots.

He has spent all his working life putting down stones in the city’s streets, just as his father and his grandfather did before him.

And as we stood talking at the end of an alley, the air was filled with the sound of mallets clanging off cobbles.

Three of Roberto’s colleagues were on their knees re-laying a few square metres.

He said there was no great secret to doing it right, but it did take a good eye to get every stone level with its neighbour.

You get to know instinctively how many blows of the mallet each one needs.

Roberto is proudest of the work he did on Piazza di Spagna, which lies at the foot of the Spanish Steps.

Every day tourists from all around the world climb them, and then look down on the square.

And Roberto said that it was not that nobody else could have laid the cobbles there, but he said he had done it with passion – with care for the way it would look.

But there was something I wanted to ask Roberto.

I had read that, actually, Rome’s cobbles were no longer worked out of that volcanic rock up in the hills behind in the city. That these days, incredibly, the stones were being brought in from China. Could it possibly be true?

A man from the public works department at the city council said absolutely not. There was no need for new stone, he said.

Old ones were being recycled – Romans were not walking around on cobbles from China or anywhere else in Asia.

But when I checked with Roberto he pointed at the stones along the curb at our feet – a slightly different colour and shape from the rest.

Cobblestones in Rome are known as “Sampietrini”, which translates as “little St Peters”.

In this most Catholic of cities you sometimes hear that there are supposed to be as many cobbles as there are souls that St Peter saved.

But the stones probably got their name because the first place where they were put down was on St Peter’s Square. And it remains today a vast expanse of cobbles.

It is near where I work, and I was in the piazza one evening recently when it was almost deserted.

It was raining and every wet cobblestone seemed to be catching the streetlight, gleaming. The square was like a field of diamonds.

But in one place its stones give way to a plaque set in the ground. It marks the spot where Pope John Paul II was shot in the attempt to assassinate him in 1981.

And there are other places where another very dark episode in the city’s past is echoed in its cobblestones.

There are brass ones outside some of the doorways in the alleys in the Jewish quarter.

Each one is engraved with an inscription, and each tells a similar, terrible story.

German troops deported him to Auschwitz. And he never returned to walk again on the cobblestones of Rome.